CAMBOFEST was launched in January 2007 (2550 Buddhist calendar), and is the first internationally recognized film festival in Cambodia since the end of the Khmer Rouge regime. Since paving the way in 2007, many other regional film festivals have emerged to follow in our footsteps.

Who are the organizers of CamboFest?

CamboFest was founded by US-UK national and media producer/educator Jason Rosette in 2007 while studying for an MA in International Development studies at Royal University of Phnom Penh. Co-organizers have included Cambodian nationals including: Tieng Ratha; Vuth Tep; Suon Sambath, Phun Sokunthearith; and others. Screening staff, translators, volunteers and others are often enlisted part time and seasonally, depending on the needs of the event.

Who are the funders of CamboFest?

CamboFest has always been an independently produced event, with funding and in-kind sponsorship coming from various sources. These include: (majority) out-of-pocket; crowdfunding such as IndieGogo & Kickstarter; (minority) some institutional support (foreign Embassy limited grants); and some merchandise sales. The sales of tickets to recoup event production costs have not generally been welcomed or supported by the Cambodian government, thus requiring creative workarounds to meet cashflow.

Is there another International Film Festival in Cambodia – are you affiliated?

CamboFest paved the way for other ASEAN regional film festival events back in 2007, and we are happy to say that several other motion picture festival events have started up in Cambodia since that time, thus fulfilling the initial CamboFest aim of developing the film industry in Cambodia.

Of note in particular is the EU-France funded Cambodia International Film Festival (CIFF) which was inspired and influenced by CamboFest, and which came on the scene in 2009, two years after CamboFest. 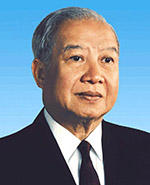 “His majesty the King-Father asked me to thank you on his behalf. He read with great interest your report about your activities in reviving the cinema industry in Cambodia” — Email to CamboFest staff from the Cabinet of H.M. Norodom Sihanouk of Cambodia

When is the Next Call for Entries?

Post project reports (like the one below) cite interference by foreign state-level stakeholders and motion picture IP abusers (aka movie pirates) as ongoing threats to a normal cinema sector in Cambodia. Following a reassessment after initial years of operation, CamboFest estimates that a ‘normal’ and healthily pluralistic commercial cinema sector in Cambodia may emerge by 2030 (approx.)

Consequently, the event remains on hold until that time, at least in a traditional, public exhibition format.

From our experiences running the CamboFest event and teaching media studies throughout the region, it appears that traditional motion picture exhibition is giving way to mobile, portable, and streamed entertainment in a very significant way which makes non-subsidized legacy events less attractive to a new generation of cinema-goers.

Regarding the next festival edition: contact CamboFest to be notified about the latest news and call for entries info!